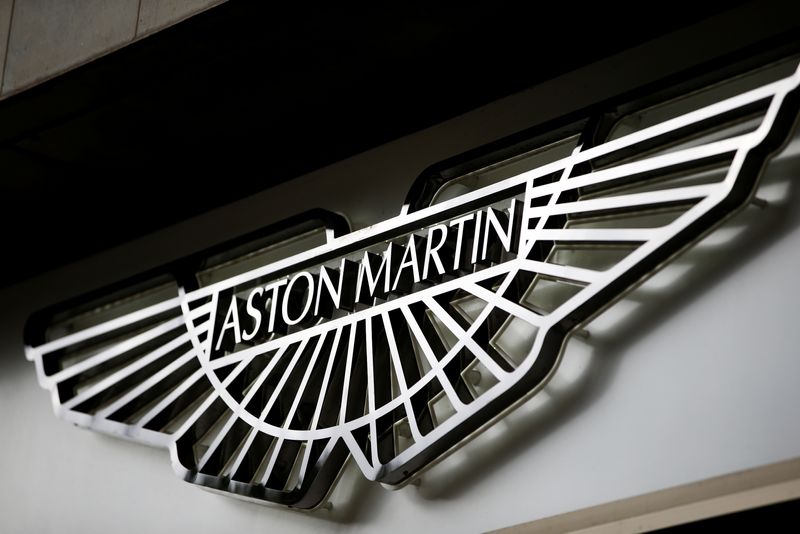 (Reuters) – Aston Martin blamed global supply chain problems for pushing back an expected improvement in its finances, as the luxury carmaker cut its 2022 deliveries and margin forecasts.

Shares in the British company fell more than 12% in early Wednesday trade after it said cash inflows were only likely towards the end of the fourth quarter and into early 2023.

In July, it had forecast an improvement in its finances in the second half of the year, predicting positive free cash flow after burning through tens of millions of pounds in cash.

Carmakers globally have faced problems sourcing parts and chips in the pandemic and difficulties have continued since Russia’s invasion of Ukraine. Aston Martin has also had its own challenges since its market debut in 2018, undergoing restructurings and management changes.

The company, which is also a Formula One racing team sponsor, estimated on Wednesday the incremental costs from the latest supply snags at about 20 million pounds ($23 million).

“Whilst (the supply issue) has created short-term impacts on our performance, I am confident that with the actions we are taking, we will exit the year in a stronger position to deliver on our goals for 2023 and beyond,” Chief Executive Amedeo Felisa said.

In September, Aston Martin raised about $660 million in a rights issue to lower its debt and invest in new models.

But logistical challenges in the third quarter impacted more than 400 vehicles deliveries that had been planned for the period, Executive Chairman Lawrence Stroll said.

Aston Martin now expects to deliver 6,200-6,600 vehicles this year. It previously expected to deliver more than 6,600.

It expects margins to improve by about 100-300 basis points, compared with roughly 350 to 450 points previously.