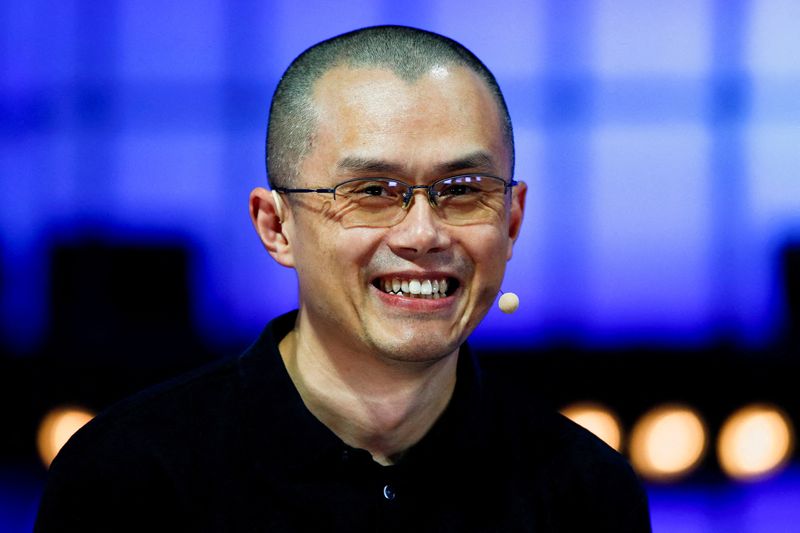 Investing.com — Six months ago, FTX founder Sam Bankman-Fried was riding to the rescue of the crypto industry, breathing liquidity and life into moribund investment platforms. Now, it’s the turn of Changpeng Zhao.

The CEO of Binance said on Monday his exchange will launch an ‘industry recovery fund’ to help crypto companies who have been left short of liquidity by the collapse of FTX, which filed for bankruptcy along with founder Sam Bankman-Fried’s hedge fund Alameda Research and over 130 other affiliates on Friday.

On a Twitter Spaces meeting, Zhao gave few details away either as to the size of the fund, or the source of its assets, although he did say that “four or five” institutions had expressed interest in backing it.

“There will be quite a number of good projects,” stranded by FTX’s collapse, Zhao said. “They didn’t really do too much wrong…We want to help those projects survive.”

Zhao made clear that he intended to use his proposed fund to inject equity into the companies that he felt deserved support, saying that: “Most of these companies’ valuations are much more reasonable than a year ago.”

He didn’t single out any companies by name, but several high-profile exchanges have experienced liquidity issues as a result of the FTX fiasco, which has driven many crypto investors to swap back into the safety of fiat currency. The outstanding market capitalization of , the world’s biggest stablecoin network that serves as a rough proxy for overall crypto engagement, has fallen by nearly 5% in the last two weeks to $66.2B, its lowest since August.

Binance itself has suffered some modest customer outflows, Zhao acknowledged, although he said this was normal for periods of such volatility. The amount of Binance’s native token outstanding has fallen by 13% since the start of the month.

Zhao’s move has echoes of the moves that FTX had made earlier in the year after the stablecoin collapsed, dragging investment platforms Celsius, BlockFi, and Voyager Digital down with it, along with the Hong Kong-based hedge fund Three Arrows Capital. FTX had ‘rescued’ BlockFi with some $650 million in credit facilities, and agreed to buy some of Voyager’s assets out of its Chapter 11 bankruptcy procedure. Both of those initiatives are now moot.

Zhao again had harsh words for Bankman-Fried, saying “Sam lied to his employees, shareholders, users, to regulators all over the world,” He also repeated his accusation that Bankman-Fried had lobbied U.S. regulators against other parts of the crypto industry – a source of bitterness that some argue triggered Zhao’s decision to pull Binance’s funding from FTX, catalyzing its collapse.

The Binance CEO had to field accusations on the call that he shared responsibility for a collapse that is likely to cost thousands of FTX customers their money. He repeated that he had not intended to bring down a competitor, but rather to protect Binance’s own position. He urged FTX investors to consider their own responsibility for their actions.

A further sign of the animosity between Zhao and Bankman-Fried came when the Binance CEO insinuated heavily that he thought SBF was behind the release of a report by Reuters last week which indicated that Iran had used the Binance network to evade U.S. sanctions in recent years.

“We have evidence” that Reuters’ reporting was influenced by information from Currency.com, an exchange in which FTX was an investor, Zhao said.