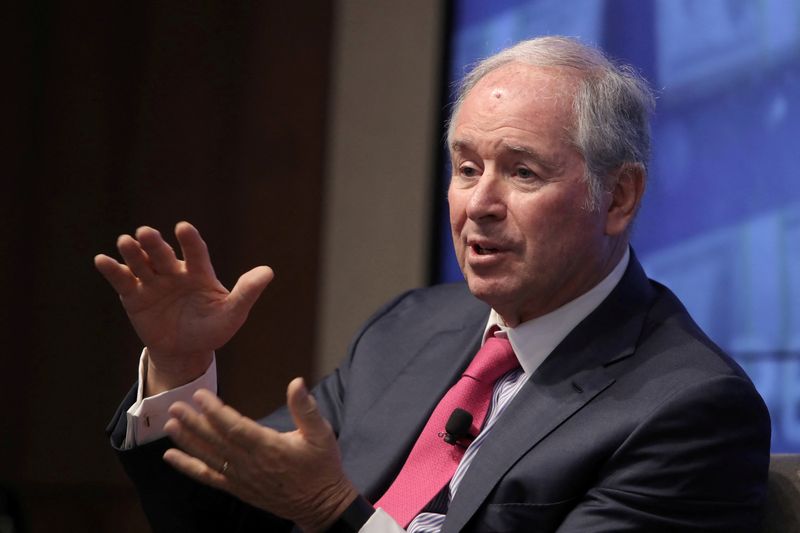 WASHINGTON (Reuters) – Blackstone Group (NYSE:) founder Stephen Schwarzman, who was among Wall Street’s biggest contributors to Donald Trump’s 2020 re-election campaign, said he will not back Trump in 2024, Axios reported on Wednesday.

The former president announced he will run in the 2024 U.S. presidential election on Tuesday.

Schwarzman said it was time for new party leadership and that he would back a different Republican in the presidential contest, Axios said, citing a statement from the chairman and chief executive of the private equity group.

“It is time for the Republican Party to turn to a new generation of leaders and I intend to support one of them in the presidential primaries,” he said.

Schwarzman was a top donor leading up to last week’s midterm election, spending $35.5 million to support Republicans. Republicans are one seat short of capturing control of the U.S. House of Representatives but failed to take over the U.S. Senate, and most of Trump’s endorsed candidates lost their races.

“America does better when its leaders are rooted in today and tomorrow, not today and yesterday,” Schwarzman wrote, according to Axios.

Trump, who has attacked the integrity of the 2020 election and faces multiple investigations, announced his bid Tuesday night at his resort in Florida.

Meanwhile, shares of companies tied to Trump jumped on Wednesday after his announcement.