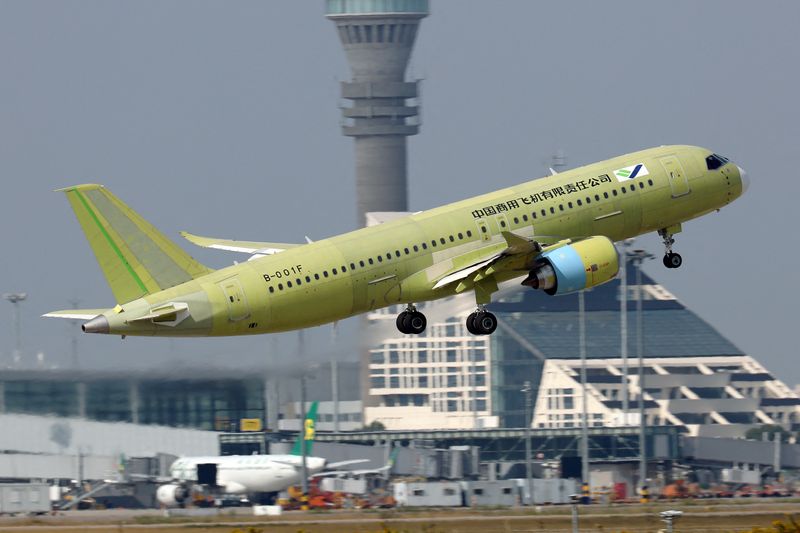 SHENZHEN, China (Reuters) – The C919 narrowbody jet will join the opening flight display in China’s biggest air show in the southern city of Zhuhai on Tuesday, according to a schedule posted by the organisers, in what will be its first public flight or display.

The C919, made by Commercial Aircraft Corp of China (COMAC), is designed to rival single-aisle jets made by Airbus SE (OTC:) and Boeing (NYSE:) Co is close to certification but has never been displayed or publicly flown.

China will show off its home-grown civil and military aviation technology at the air show, where 740 businesses are expected to take part both online and offline.

The C919’s presence was confirmed on the schedule on the organiser’s official WeChat social media account.