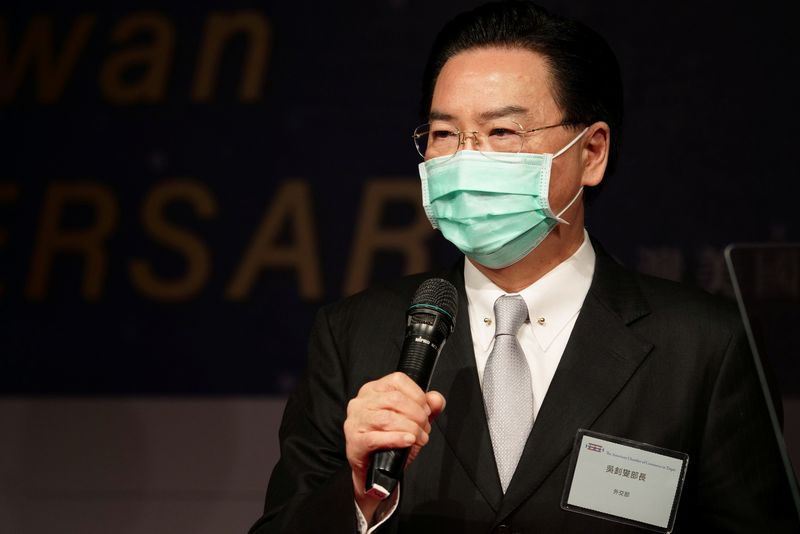 In a report to parliament, Taiwan’s foreign minister Joseph Wu said he expected Beijing to ramp up its “security threat and diplomatic suppression” on the island, which is claimed by China as its own territory despite strong objections by Taiwan.

“China is likely to increase its attacks and threats o Taiwan, especially in the diplomatic field,” Wu told lawmakers. “This is what we are worried about.”

Wu said Taiwan has received “signs” and intelligence from unspecified diplomatic allies that China was boosting efforts to lure the island’s allies into switching official recognition to Beijing.

“The diplomatic challenges we are facing are getting bigger and bigger,” he said. “Looking forward our situation is becoming more difficult.”

Under Wu’s term, six countries have switched official recognition from Taipei to Beijing, which says Taiwan has no right to state-to-state ties.

Only 14 countries now officially recognise the island’s government, mostly poor and developing countries in the Pacific, Latin America and the Caribbean.

Beijing and Taipei have accused each other of using “dollar diplomacy” to lure countries into building official ties with them.

China has stepped up diplomatic and military pressure to try to force Taiwan to accept Chinese rule. Taiwan’s government says only the island’s 23 million people can decide their future, and that as Taiwan has never been ruled by the People’s Republic of China its sovereignty claims are void.