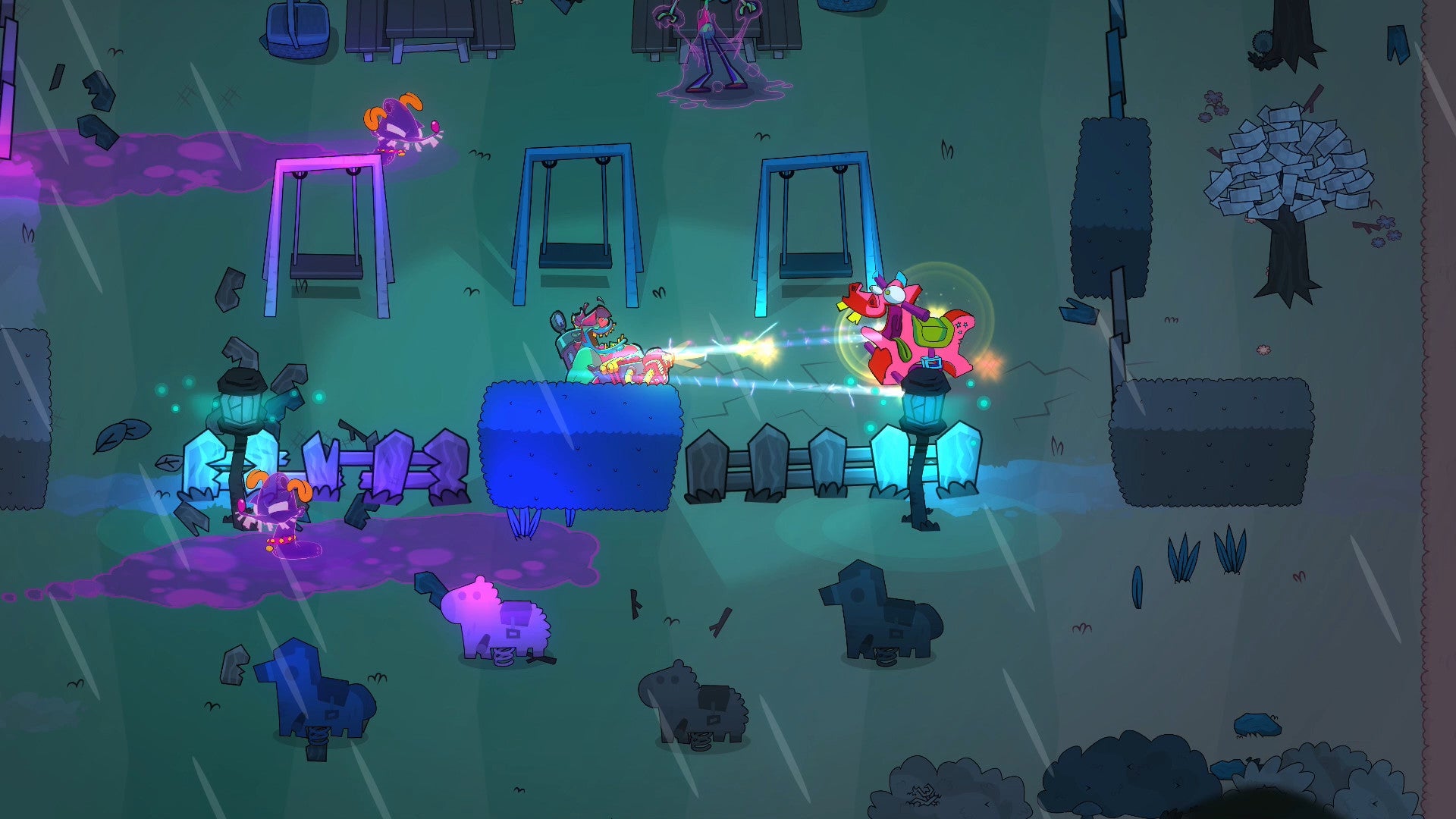 Next month you will be able to download and play Praetorians – HD Remaster and Dead End Job.

Praetorians – HD Remaster is a real-time strategy game set during the era of the Roman Empire where your goal is to become Emperor. The game allows you to play as three different armies, the Gauls, Egyptians, and Roman Legions. It features over 20 campaign missions across three lands, and every army has its strengths and weaknesses for you to explore and experience. The game will be available from November 1-30.

As Hector Plasm, you will strap a vacuum pack on your back and use a plasma blaster to do away with ghosts in Dead End Job. In this procedurally generated, couch co-op, twin-stick shooter, you will exorcize restaurants, offices, and other buildings while also trying to save your mentor’s soul so she doesn’t spend eternity as a ghost. The game features cartoon-style artwork inspired by 90’s animation shows like Ren & Stimpy, and contains original music by Will Morton (Grand Theft Auto).

You still have time to download October Games With Gold offerings Windbound, which will remain available until the 31st, and Bomber Crew Deluxe Edition, which sticks around until November 15.