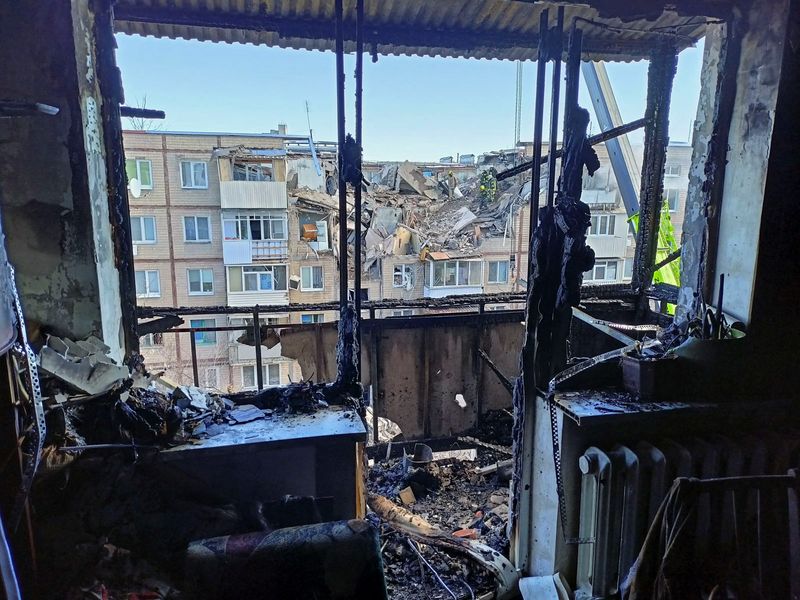 The HAWK interceptor missiles would be an upgrade to the Stinger missile systems – a smaller, shorter range air defense system – that the United States has already sent to blunt Russia’s invasion.

The Biden administration would use the Presidential Drawdown Authority (PDA) to transfer the HAWK equipment which is based on Vietnam-era technology, but has been upgraded several times. The PDA allows the United States to transfer defense articles and services from stocks quickly without congressional approval in response to an emergency.

Reuters was unable to determine how many HAWK systems and missiles the United States has available to transfer. The White House declined to comment.

The HAWK system is the predecessor to PATRIOT missile defense system made by Raytheon Technologies (NYSE:) which remains off the table for Ukraine, U.S. officials have told Reuters.

The United States would likely initially send interceptor missiles for the HAWK system to Ukraine because it was unclear if enough U.S. launchers were in good repair, one U.S. official told Reuters. The U.S. systems have been in storage for decades.

A PDA is being considered for later this week, U.S. officials have said. One U.S. official said it would likely be about half the size of the recent security assistance packages which have been around $700 million.

It was not immediately clear if HAWK interceptor missiles would be included, but U.S. officials have previously cautioned that size and composition of military aid packages can change rapidly.

Since the Feb. 24 Russian invasion of neighboring Ukraine, which Moscow calls a “special military operation”, the United States has sent around $17.6 billion worth of security assistance to Kyiv.