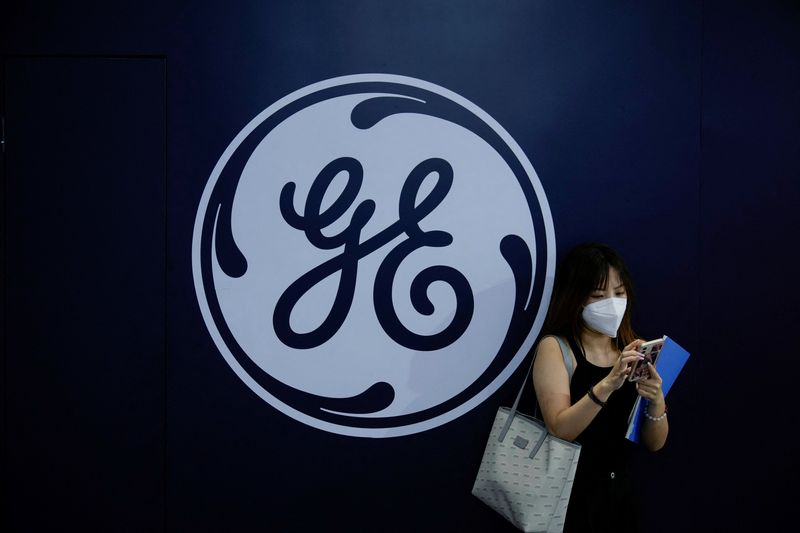 (Reuters) -General Electric Co on Tuesday trimmed its full-year profit forecast after reporting a decline in third-quarter earnings, primarily due to higher warranty and related reserves at its renewable energy business.

The company, which is in the process of breaking up into three companies, is facing challenges at its onshore wind business. The unit, which is the largest of GE’s renewable businesses, has been battling higher raw material costs due to inflation and supply-chain pressures.

In the United States, which has been GE’s most profitable onshore wind market, policy uncertainty following the expiry of renewable electricity production tax credits last year has hurt demand, contributing to a 15% year-on-year drop in renewable energy revenue in the September quarter.

Chief Executive Larry Culp said onshore wind is “the battleground” for the company as it aims to make its renewable business profitable in 2024.

Although the restoration of the tax credit for wind projects is expected to give a boost to demand in medium to long-term in North America, GE expects renewable energy losses of about $2 billion this year.

The company will reduce global headcount at its onshore wind unit by about 20% as part of a plan to restructure and resize the business.

The restructuring will cost $600 million, but is expected to deliver $500 million in annualized savings, it said.

GE said it is seeing “early signs” of improvement in supply-chain problems and is getting better at passing along the increased costs to customers.

Still, supply-chain and macro pressures shaved off 4 percentage points from its overall revenue in the September quarter.

GE reiterated that demand at its aviation unit is expected to remain strong, resulting in more than 20% revenue growth. The company reported double-digits increase in jet engine deliveries since the second quarter.

It reported an adjusted profit of 35 cents a share, lower than a profit of 53 cents a share last year. Excluding a $500 million warranty and related reserves at its renewable energy business, quarterly profit would have been 75 cents a share.

Free cash flow in the September quarter came in at $1.19 billion, much higher than its previous estimate.