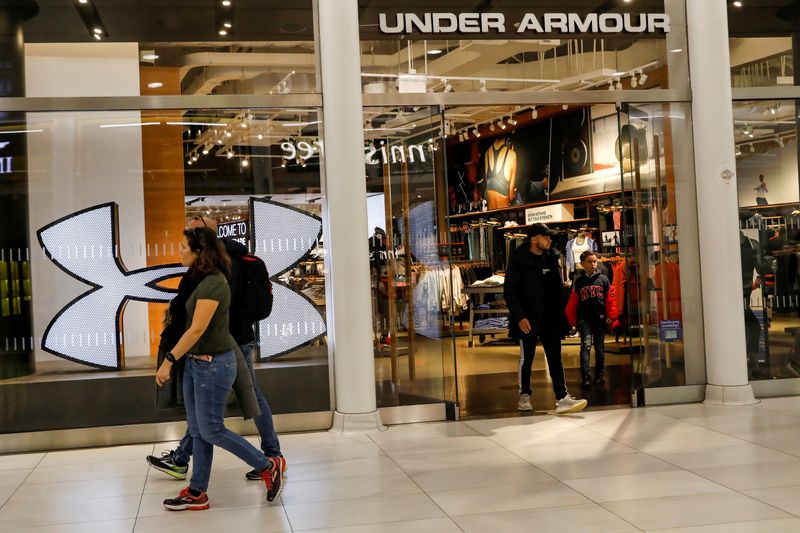 Shares of Under Armour (NYSE:) are down 1.7% in early trading Friday after Telsey Advisory Group analysts downgraded shares to Market Perform from Outperform and cut the price target to $8 from $12.

In the report, the analysts highlighted that high inventory across the marketplace, called out recently by rivals adidas (ETR:) and Nike (NYSE:), is likely to weigh on FY 2023 results.

The analysts note that Nike highlighted higher inventory in apparel, which accounts for approximately 70% of Under Armour sales. These include many spring and summer/fall items that arrived late.

Further, both adidas and Nike, while both brands are still seeing year-over-year growth, adidas noted a slowdown in Western markets beginning in September.

“Under Armour’s inventory has been leaner than most competitors and the company lowered its 2022 outlook to reflect higher promotions, but we believe the environment has worsened since the company’s last report on August 3 and promotions are deeper than expected,” Fernandez commented. The analysts now said it is likely that Under Armour lowers 2022 outlook again when it reports earnings on November 3rd.

“Given the pressures being faced by the sporting goods brands and Under Armour’s positioning in the marketplace – with slower sales growth and more apparel exposure—we are downgrading our rating to Market Perform from Outperform,” the analysts added. “The appointment of a new CEO remains a potential positive catalyst, but likely not enough to offset the industry backdrop.”