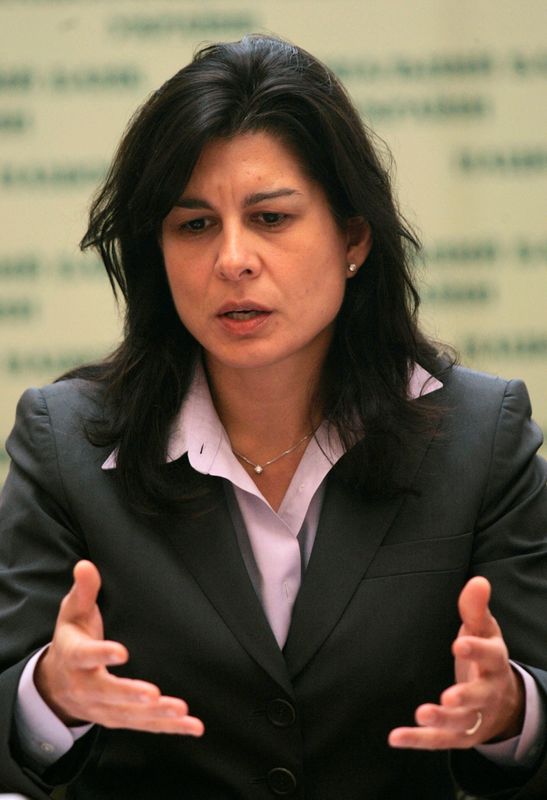 WASHINGTON (Reuters) – IMF strategy chief Ceyla Pazarbasioglu said on Wednesday she will travel to China next week for high-level meetings with senior Chinese officials as the International Monetary Fund continues to press for quicker progress on debt restructurings for countries in need.

Pazarbasioglu welcomed China’s participation in a debt treatment package for Chad, the first country to complete the process under the Common Framework set up in late 2020 by the Group of 20 major economies.

All eyes are on Zambia now, whose creditors are still hammering out a debt treatment solution, said Pazarbasioglu, who described Zambia’s larger and more complicated debt restructuring as the real test case for the Common Framework.

“It’s really critical that we need to move forward. We are working on this. Of course the outreach to China next week is very important, at the highest levels,” she told reporters, noting that President Xi Jinping alone had mentioned the framework in his remarks at the G20 summit in Indonesia.

The IMF, World Bank and officials in the Group of Seven advanced economies have criticized China – now the world’s largest sovereign creditor – for delaying efforts to restructure the debts of heavily indebted countries.

About a quarter of emerging market economies – and 60% of low-income countries – are at or near debt distress, the IMF has said, and it is urging countries to seek help early rather than wait until they were in full-blown crisis.

Pazarbasioglu said China was hosting a meeting of the “Premiere Plus,” including international financial institutions and officials from China Development Bank and the Export-Import Bank of China. Such meetings used to take place regularly, but were cancelled during the height of the COVID-19 pandemic.

“It’s moving – very slowly, but it’s moving,” Pazarbasioglu said, noting that the participation of mining company Glencore (OTC:) Plc in the Chad treatment was also “a very good sign” that “even the most difficult private sector participants” were participating.

She said the Paris Club of official bilateral creditors had taken years to hammer out their debt relief processes, and China was learning, although she noted that the debt issues facing borrowing countries now were acute.

“The problem we have is that we don’t have that time right now because these countries are very fragile and dealing with debt vulnerabilities,” she said. “What we need is speed.”

Pazarbasioglu said the IMF would continue to press for changes to the Common Framework, including a freeze in debt payments when countries apply for a debt treatment, as well as clearer procedures and timelines for action, and ensuring comparable treatment for private creditors.

One key issue was that large creditors needed to work out internal institutional mechanisms to deal with the unviable debts and prepare for haircuts.