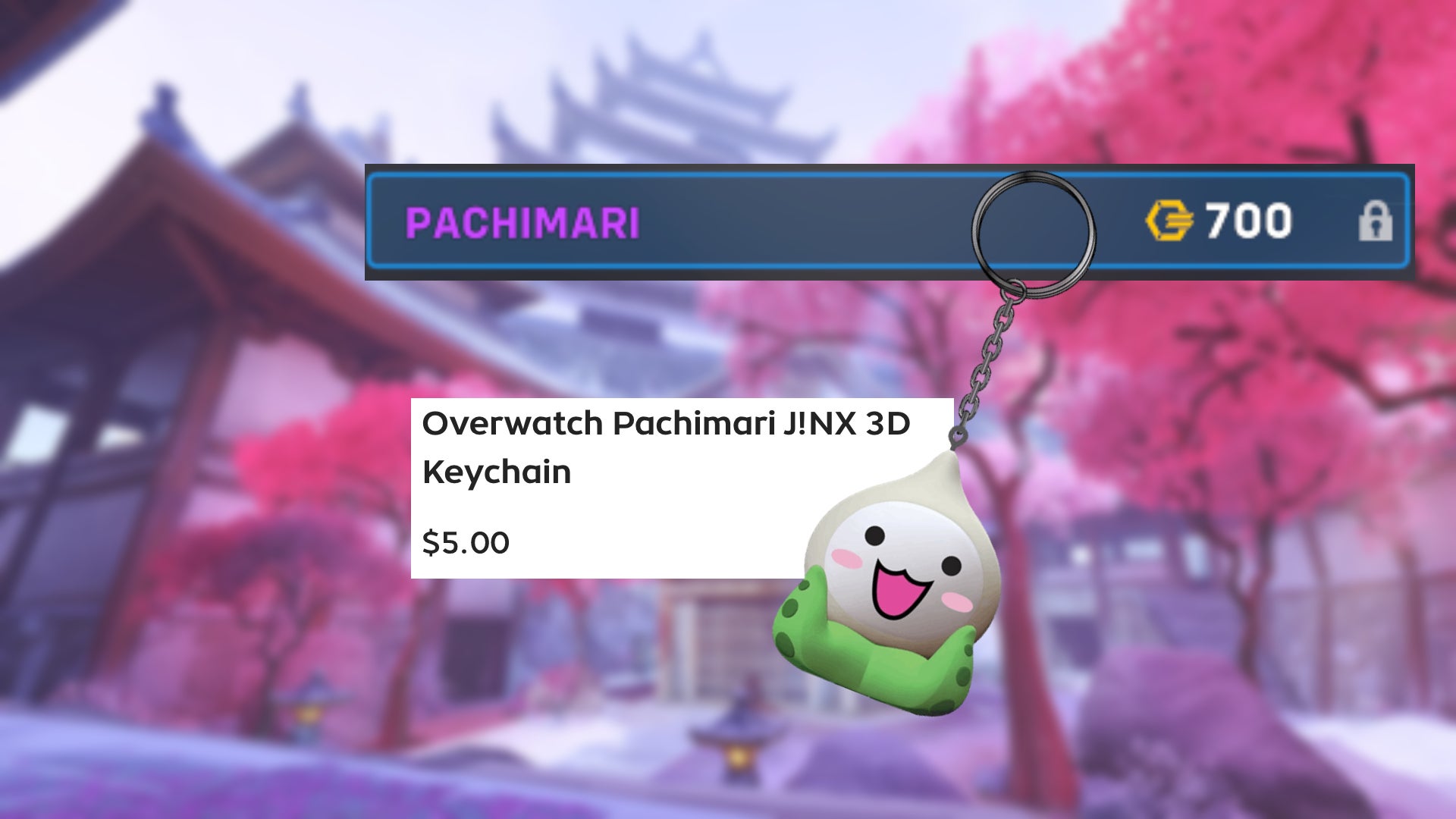 By this point, if you haven’t heard about Overwatch’s aggressive monetization and customer dissatisfaction, you must have been living under a rock (or you’re more offline than we are, in which case, well done). Whether it’s issues with the battle pass or complaints about how the Halloween Terror event is being run, players have got quite a few gripes with the newly-launch free-to-play shooter.

To illustrate the point about how little value you get for money in Overwatch 2’s in-game store, one player has purchased a charm – a charm that you can get in-game, as well – in real life. The kicker? It cost less money to pick the Pachimari charm IRL than it does in-game.

The Pachimari – which you may remember as the toy in the Hanamura “UFO catchers” in the first game – resembles an onion with a smiling face and green tentacles, and has become something of an Overwatch mascot since the game first launched in 2016.

After players spent minutes seeing the little chibi onion in the cases before a match would begin, it started gaining popularity. Roadhog has a liking for them per the game lore (he’s often seeing stealing the plushes), and even has a skin based on the mascot. Multiple heroes have sprays of the tentacled onion, and – of course – there’s IRL merch of it, too.

Reddit user hi_im_redbeard has published a post demonstrating how much cheaper it is to buy the IRL charm than it is to buy the one in Overwatch 2 proper. Over on the Blizzard store, you can pick the Pachimari J!NX 3D keychain up for $5 – a far cry from the 700 Overwatch Coins it costs in-game (you need to drop at least $9.99 to get 100 coins in the Overwatch 2 store). One commenter in the thread states: “Even if [Blizzard] charged $7.00 for the charm in the merch shop it’d still be cheaper than spending $10.00 for enough credits,” to which another user replies “careful, they might update the merch store prices if they find out.”

Perhaps this issue wouldn’t be so bad if there were still free loot boxes that you could unlock on a free track on the battle pass, hm? As fans grow increasingly impatient with the game, the next move is squarely in Blizzard’s court. We’ll update you with anything the studio does next.