The Super Mario Bros. Movie is right around the corner, and with that comes trailers and sneak peeks at what to expect. While we were privy to our first teaser trailer back in October, which showcased Chris Pratt’s Mario and Jack Black’s Bowser (as well as a singing Toad), Nintendo and Illumination has since revealed a second trailer for the movie.

Throughout the trailer, there’s a lot to unpack. Of course, we see more of the delightful albeit intimidating Bowser, hear more of Chris Pratt’s abysmal Mario voice, and we witness Toad being as adorable as can be. But that’s not even remotely close to everything the two-minute trailer had to show off.

Check out the trailer for yourself right here!

Peach finally makes her debut, wide-eyed and adorned in pink, while also being an absolute badass. Personally, I expect nothing less from Anya Taylor Joy’s take on the prolific damsel in distress. Additionally, we hear Charlie Day’s Luigi, which is nothing less than impressive when paired with another long look at Bowser. And, of course, we witness Seth Rogan as Donkey Kong, beating Mario to an absolute pulp. 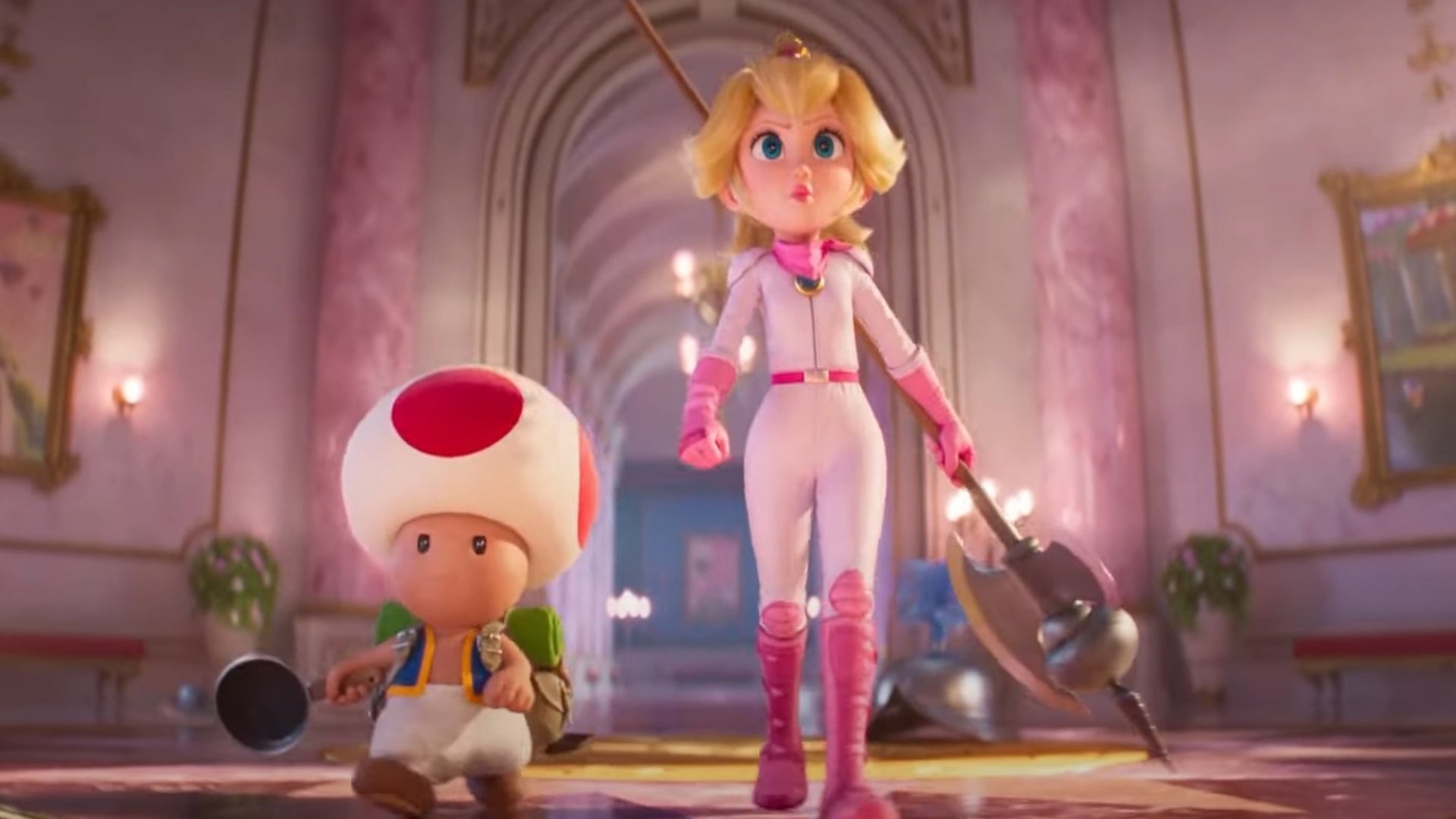 What an adorable duo.

As for the setting, the Super Mario Bros. latest trailer shows off a simply stunning Mushroom Kingdom packed with Cheep Cheeps, Piranha Plants, and other familiar tidbits that fans of the franchise will recognise far and wide. The interior of Peach’s castle certainly looks fit for a princess, and platforming patterns we’re familiar with from the games even make their way into the trailer.

Not only that, but we catch glimpses of Tanooki Mario, the Fire Power Up from the games, hordes of Yoshi, and of course, karting. Even in light of all the references to the Mario games that we’ve seen so far, I still found myself surprised to see karting be incorporated into the film. 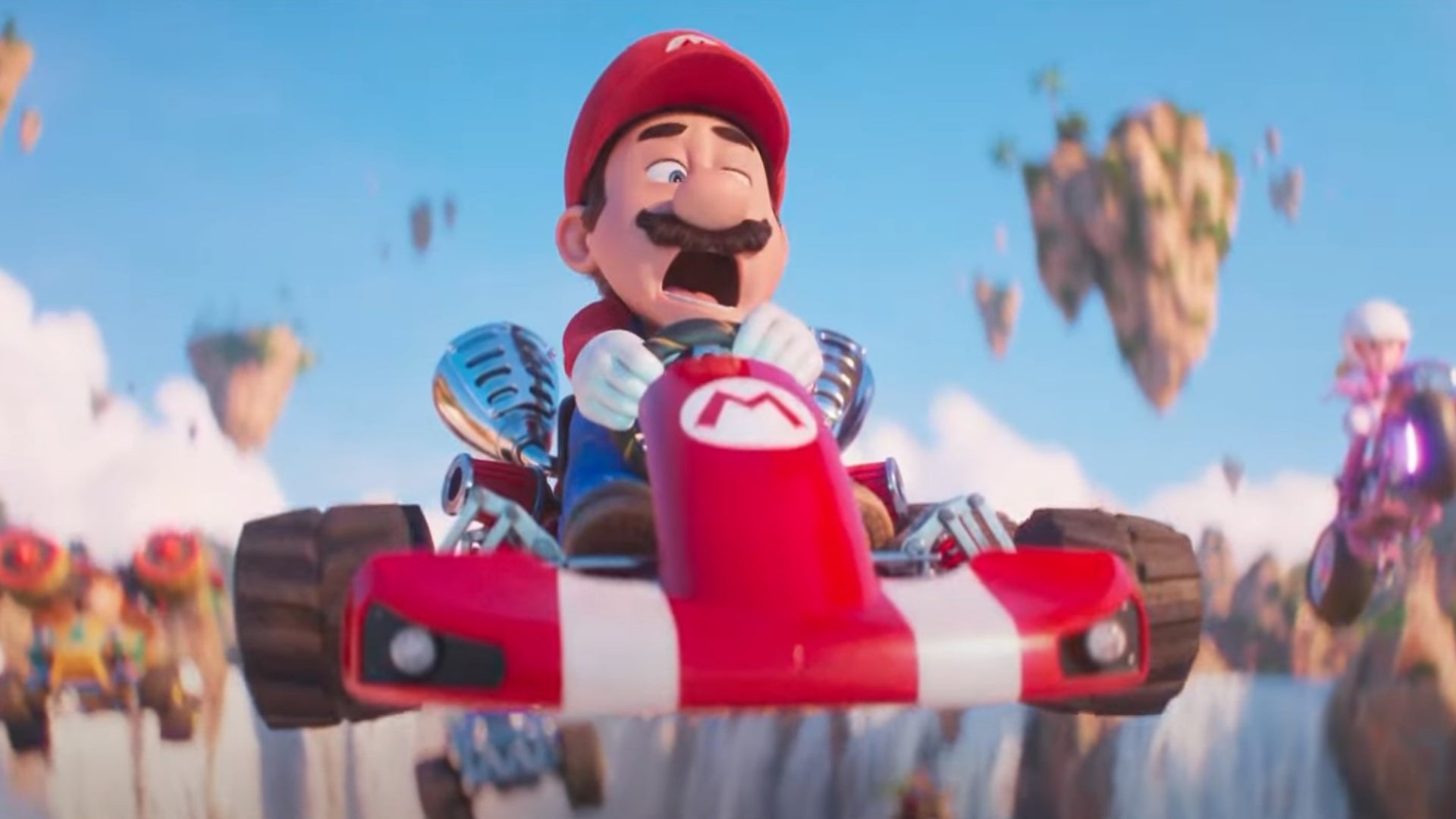 Will there be high-speed racing in the Super Mario Bros. movie?

Not just any old karting either, Mario, Peach, Toad, Donkey Kong and the whole crew take off and speed down a gorgeously reimagined Rainbow Road in their respective karts, bikes, and in Toad’s case… a monster truck? I can’t say that I’m surprised.

At one point, we even witness Mario actually look into some plumbing; something I never knew that this duo of plumbers ever actually did. I thought they always ended up too busy rescuing the likes of Peach to ever finish a job, but who knows? I guess Mushroom Kingdom does have plumbing that needs taking care of, after all. 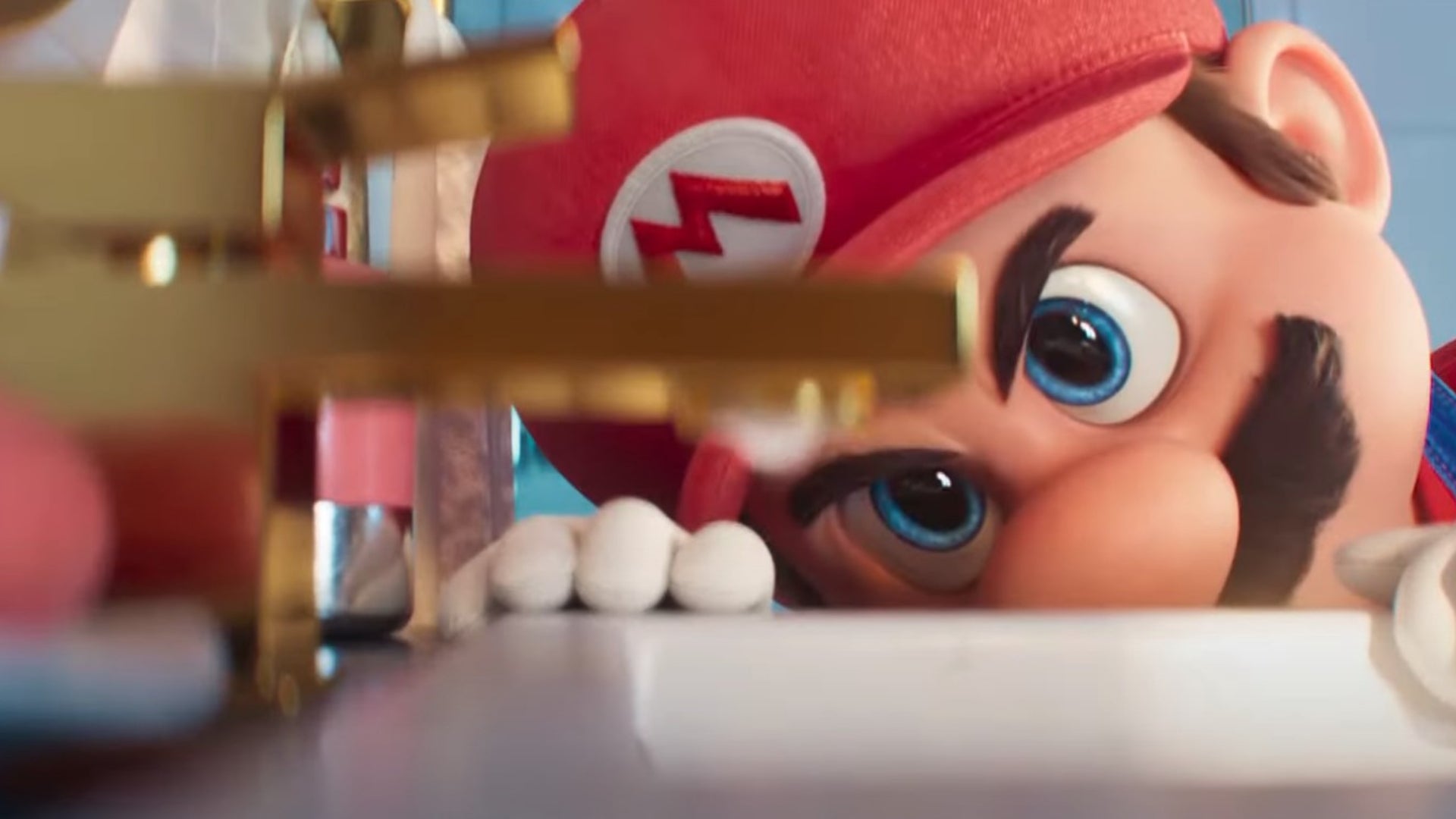 May we actually see Mario get some plumbing done for once?

Now, after this jam-packed trailer, I only have one question remaining: where the hell are Wario and Waluigi? Here’s to hoping the prolific rivals get some screen time, too.

What do you think of the latest Super Mario Bros. Movie trailer? Plenty to be excited about, or still put off by how much Chris Pratt does not sound like Mario?