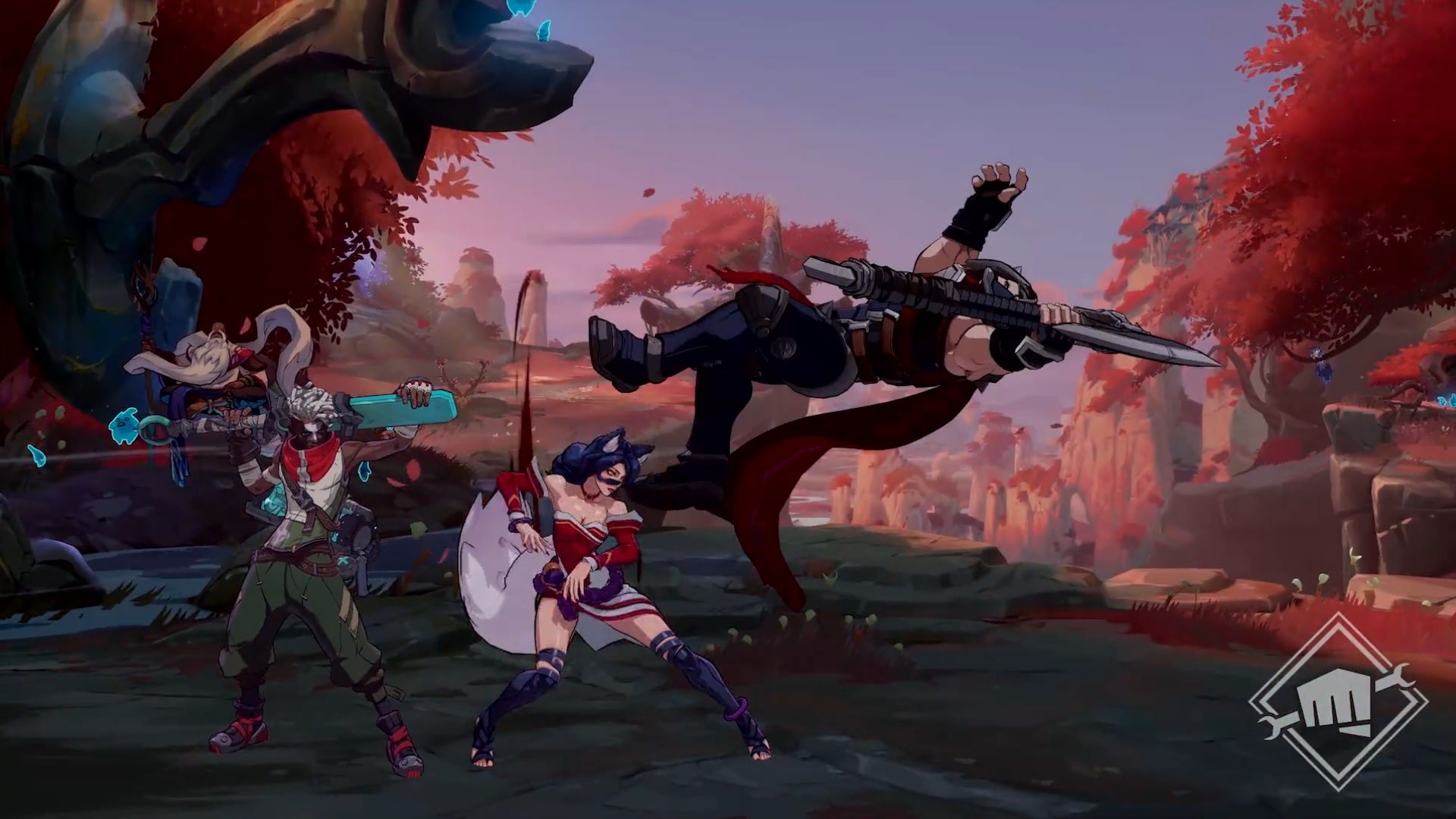 The wait is over. Project L has just received its second and final update for 2022, featuring some in-engine Illaoi gameplay, a core gameplay breakdown, as well as an overview of the tag system that’ll play a major part in Riot’s free to play fighter.

This update comes with lead designer Tom Cannon providing much needed info as we’ve come to expect, as well as Shaun “unconkable” Rivera. Rivera joined the team earlier this year, having transitioned from the Legends of Runeterra team. He’s also a big name in the USA fighting game scene, notably being an excellent Tekken player back in his day.

To cap off the year, let’s take a closer look at Project L’s core gameplay: We believe in systems that are deep and flexible, including dynamic movement, impactful buttons, and a whole lot of tag. pic.twitter.com/dzde0Ah48a

You can watch the full Twitter update video above, but if you’re looking for a breakdown of what’s been shown we’ve got you covered. First off is Illaoi, who we got a glimpse at back with the game’s free-to-play announcement earlier this year. Since then, the bruiser has been added in-engine, giving us a broad overview of their hard-hitting playstyle.

We see her alternate between hard physical hits and tentacle assists, which plays into the idea of bringing the champion fantasy in-game as was established in her blog post months ago. The character is clearly not ready, and Cannon confirmed that the team is still working on the model, art, animations and effects.

Moving onto gameplay, Rivera takes the lead and breaks down the core gameplay of Project L, which seems to be largely set in stone. Starting the segment, he states: “We want to create a game where you can have fun right away, while also rewarding you for time you spend mastering it”.

Moving onto movement, we get a brief walkthrough of the different options available to players in Project L, including walking, running, dashing, chain-dashing, jumping, super jump and long jumping. On top of that, specific characters have their own movement abilities, and we see Ahri and Darius prove that fact with their air dashes and mid-air strikes respectively.

In regard to offence, Rivera explains that the goal is to reward players for playing offensively with big, explosive combos. We’ve seen a good amount of slick offensive play in prior gameplay, but we get even more here, including cross ups, whiff punishes and more.

Defence is where we see a lot of development in this progress video. Not only are wave-dashes present, with jinx creating space between herself and Ekko, allowing for a whiff punish counter. There’s also a powerful push block, which we see Ahri use to devastating effect. It’s great to see appropriately powerful defensive options to balance a strong offence, otherwise players would find themselves holding back and blocking too much.

If you didn’t catch the last dev update, you can do so here!

Finally, and perhaps the most important update added with this video comes with the tag system. Project L was originally a 1v1 fighter, a la Tom Cannon’s previous game Rising Thunder. However, the tag system has been fleshed out proper with this video, showcasing how your two chosen champions can work together.

“Assist Actions” are attacks you backup champion can do from off screen, such as throwing out a projectile. Some can even be charged, leading to a delayed hit and in all likelihood additional damage. There’s also the “Handshake Tag”, which allows you to switch out to your other champion while both your characters are on screen. This is shown to be brilliant at extending combos, but can also be used to mix up your opponent and get your out of a tricky situation.

Finally we see the “Dynamic Save”, which acts as a combo breaker. This lets you break yourself out of an enemy combo, pushing the other player back and providing some room to breath. Again, a good defensive option to compliment the overflowing offensive play we see this time around.

Finally, Tom Cannon returns to thank the tournament organisers they met with earlier this year at Evo, the largest fighting game tournament in the world. While we’ve got no idea as of yet of the team’s exact competitive aspirations for Project L, even with interviews with senior Riot Games esports staff, Cannon notes that they are: “Making the game with you (the tournament organisers) in mind.

This certainly implies a level of community collaboration, especially with Cannon’s later urge for those interested in fighting games to travel to their local events and give the genre a go. This, if nothing else, is great news for fans of the distinct grassroots community built up around the genre.

What do you think about this update! Let us know below! Maybe this update can win over some of the League fans who weren’t too keen before?