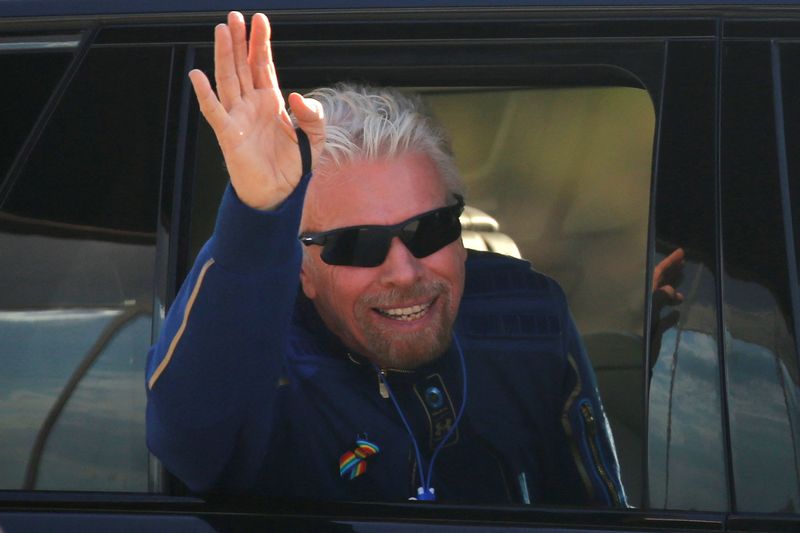 While dismissing most claims in the proposed class action, U.S. District Judge Allyne Ross in Brooklyn said shareholders could try to prove that Virgin and Branson defrauded them into overpaying for the space tourism company’s shares, which now trade more than 90% below their February 2021 peak.

Shareholders can sue over July 2019 statements that Virgin had made “great progress” overcoming “hurdles” to commercial spaceflight, despite a near-disastrous test flight five months earlier when its rocket plane Unity suffered critical damage.

Branson must also defend his July 2021 statement that his own just-completed flight on Unity, where he soared 50 miles (80.47 km) above the earth, had been “flawless” though Unity had strayed from its assigned airspace.

In a 55-page decision, Ross said shareholders also could sue over approximately $301 million of stock that Branson sold the month after the flight.

Lawyers for Virgin and Branson did not immediately respond to requests for comment.

In seeking a dismissal, they said there was no proof of intent to defraud, and that the defendants had thoroughly disclosed safety and design issues in developing commercial space travel, “unquestionably a high-risk proposition.”

Laurence Rosen, a lawyer for the shareholders, declined to comment.

Virgin is based in Tustin, California, and went public in October 2019 by merging with a special purpose acquisition vehicle, Social Capital.

Branson, 72, is worth $3.7 billion, according to Forbes magazine.

In Monday afternoon trading, Virgin shares were up 5 cents at $4.97.