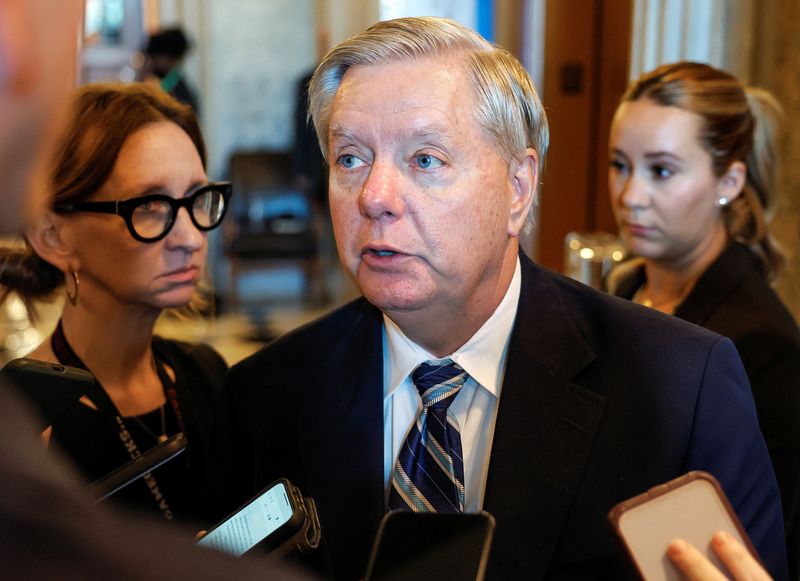 (Reuters) – U.S. Senator Lindsey Graham asked the Supreme Court on Friday to halt a lower court’s order compelling him to testify to a special grand jury in Georgia investigating whether then-President Donald Trump and his allies attempted to overturn 2020 election results in the state.

Graham, a Republican from South Carolina, filed the emergency application after a federal appeals court on Thursday denied his request for protection from testifying. The application would be considered by Justice Clarence Thomas, who handles emergency motions from Georgia.

Fulton County District Attorney Fani Willis wants Graham to answer questions about phone calls he made to a senior Georgia election official in the weeks after the November 2020 election.

Graham has argued that his position as a U.S. senator provides him immunity from having to appear before the grand jury.

The appeals court on Thursday said Graham must testify before the grand jury, but he can choose to dispute individual questions.

Testimony from Graham, an ally of Trump, could shed further light on Trump allies coordinating to reverse the results. Trump continues to appear at rallies repeating his false claims of fraud in his election loss to Democrat Joe Biden.