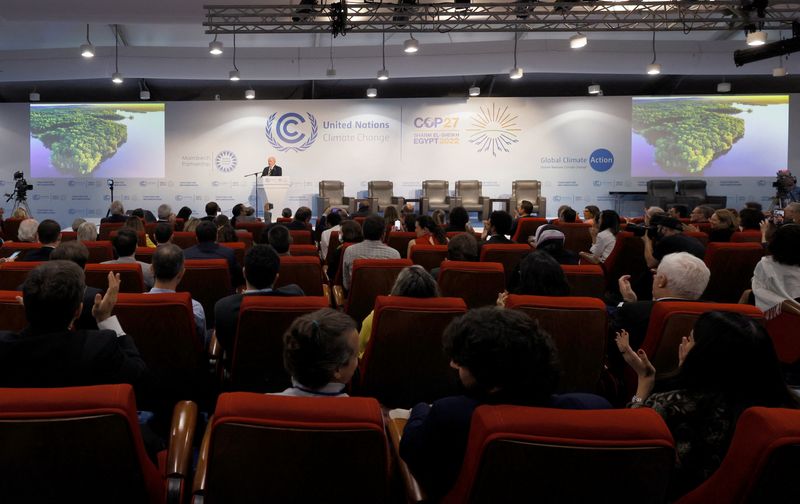 SHARM EL-SHEIKH, Egypt (Reuters) – Deep divisions among countries in the U.N. climate talks has delegates still far from reaching a final deal at COP27 in Egypt.

With government ministers on hand now in Sharm el-Sheikh, delegations will be working long hours Thursday to reach agreement over contentions issues ranging from climate finance to phrasing around the transition from fossil fuels.

Separately, ministers from countries that have signed onto the Global Methane Pledge to cut methane emissions 30% by 2030 will discuss progress made on the goal. U.S. officials say a few dozen of them will produce detailed plans for meeting their targets.

Elsewhere, officials from the United Arab Emirates are set to hold a briefing about next year’s U.N. climate summit in Dubai.

And up to 84 countries and companies are likely to commit to a pledge launched last year to ditch gasoline-powered vehicles in favor of going electric. The pledge was first announced with 130 countries at COP26.